I am a fan of music.  It inspires my calm and the novels I write.  I decided to make segment type posts about my varied tastes in music. 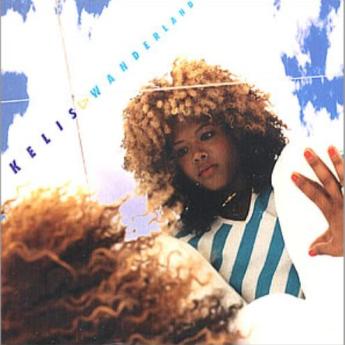 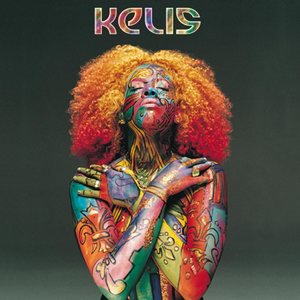 The curls, the curls 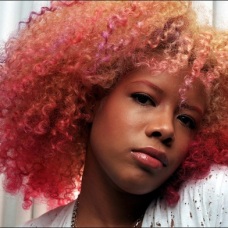 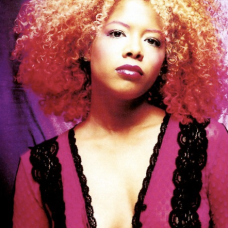 I first heard Kelis in 1999 with her song “Caught Out There”.  It was odd and filled with strange imagery.  I loved it!  I thought it was a perfect amount of weird and the music was wonderful!  However, I didn’t really get into her music until 2006 when my high school friends were boppin’ to “Bossy”.  I then rediscovered her music and was drawn in yet again to her eclectic sound.

What I love about Kelis (mostly the era 1999-2006) was that her sound was varied.  She had hip hop beats, but then had neo soul beats.  She dabbled in rock/alternative and then calm melodic sounds.

In 2008 her album “Wanderland” inspired the novel I am currently re-writing.  Kelis is eclectic and never repeats the same sound twice.  It evolves over time.  Just listen to songs from  1999 to her current album titled “Food” and you can see it is vastly different.  I must say that I enjoyed her 1999-2006 era more so than her album “Fleshtone” 2009.  It’s not that it’s bad, but I just don’t like it as much as her earlier years.

When it comes to Kelis, she makes music for herself and is random at heart.  It only makes sense that her music reflect her style and growth.  I can respect an artist that allows themselves to genre hop and not be defined by one moment, regardless if it was more popular and safe than what they are doing now.  She could have easily stayed in the zone of her hit “milkshake” 2003, but instead immediately changed both her look and sound for her album “Kelis Was Here” 2006.

I must also add that if you are looking for music that is good, then give Kelis a try.  Her album “Wanderland” was a gem of a cd that you cannot find in America.  Seriously, in 2001 her then recored label, Virgin, did not like the eclectic album.  As a result, they didn’t release it in America, but instead only released it in Europe.  Thanks to the internet and Amazon.com, I bought it from Holland and enjoy it everyday! hahaha

Most people would think of Kelis as either the screaming mad woman from her first album, or the milkshake bringer from her second, technically third album “Tasty”.  However, if they listed to the extent of just one, they would realize that none of the songs sound the same.  Crazy right???

Her first album “Kaleidoscope” is a wonderful production from the Neptunes aka Chad Hugo and Pharrell Williams.  These songs are all different and not expected.  To get an idea of the wonder that is Kelis, please go to the following link.  This will take you to my youtube page where I created a Kelis! playlist.  Sorry for adding 20 songs, but choosing a top 5 is impossible.  But if you twisted my arm I would say listen to the following,

4.In the Morning- Kaleidoscope

5.Rolling Though the Hood- Tasty

If you like these, then please listen to all 20 songs.  Your welcome. hahaha

2 Comments on “My Eclectic Tastes: Kelis”

What's on you mind? Cancel reply